Ellen E. Turnage, an attorney with Kazerouni Law Group, focuses on Lemon Law Litigation, Automobile Fraud and unfair and deceptive business practices on behalf of consumers. She has practiced consumer and employment litigation for the past 18 years.

Ms. Turnage received her Bachelor of Science from Mississippi State University, where she grew up. Ms. Turnage raised two sons before attending law school. While attending the University of San Diego School of Law, Ms. Turnage served on the Moot Court Executive Board.

One of Ms. Turnage’s lemon law clients was a young man who was in the Navy and was stationed in California. While serving in San Diego, his newly purchased car began to overheat. Because he had purchased his car in the state of Washington, he was not protected by the California lemon laws. The manufacturer refused to repurchase his car even though the manufacturer admitted it was defective. The manufacturer actually asked Ms. Turnage if she expected the manufacturer to repurchase the car simply because the client was in the Navy, to which she answered “yes.” During these discussions with the manufacturer, her client was deployed to Iraq. After complaining about the state of the California law to all who would listen, her story caught the ear of Rosemary Shehan, founder of CARS in Sacramento. Between the two of them and after many hearings in Sacramento, Civl Code §1795.8 passed without opposition. That statute states: “Notwithstanding any other provision of law, this chapter shall apply to a purchase in the United States of a motor vehicle, as defined in paragraph (2) of subdivision (e) of Section 1793.22, with a manufacturer’s express warranty by a member of the Armed Forces regardless of in which state his or her motor vehicle is purchased or registered, if both of the following apply….” (emphasis added) If you are active duty military stationed in California, California Lemon Laws now protect your vehicles. A very proud day when this bill passed.

In addition to practicing law, Ms. Turnage teaches Civil Litigation and Tort Law at the University of California San Diego Paralegal program. She has been a member of the Board of Directors for the San Diego Youth Symphony and Conservatory for the past twelve years. She is currently on the executive board which is organizing a trip to China in June, 2015, for the advanced students. The students will perform several concerts in multiple cities throughout China.

Three defense attorneys have appealed cases in which Ms. Turnage prevailed at the lower court level. She prevailed in all three appellate cases. Two cases were appealed in the California Courts of Appeal in the Fourth District and one case was appealed In the Federal Bankruptcy Court of Appeals in the Ninth Circuit. 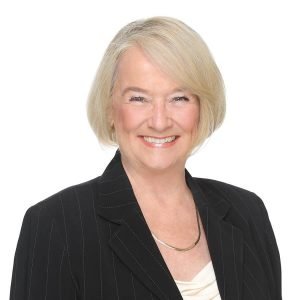